For the British Empire, «beyond the pale» meant something outside the fortifications of Dublin, something uncontrolled, uncertain and wild. As a continuation of our enquiry into limits, we will travel to the area between Ireland and Northern Ireland, a zone that soon will be the border of the European Union. A testing ground for new frontiers - the Irish emigration is essential for the formation of the United States – and an area of interminable religious, political and economic conflicts, Ireland is also a field of cultural projections. We will see towers of monasteries, follies of the British aristocracy, the ruins of the Millennium boom, the factories of the globalized economy and tell jokes in Limerick. And we will try to figure out why Joseph Beuys considered Ireland the center of Europe.
(P.Ursprung, A. Lehnerer)

The seminar trip was the framework in which we used automated live cameras (PALM) for an experiment. 25 Palm cameras were given to 25 people. On the Aran Islands Inisheer, Ireland, at the westernmost point of Europe, we formed a swarm with these cameras. For one day or as long as the battery lasts the cameras were carried around by the participants. Each camera automatically takes a picture every 2 seconds and stores it. Only after the trip on April 5, 2019 these pictures were streamed simultaneously to the PALM-platform (http://palm.92u.ch). Around 500.000 pictures were streamed within twelve hours. A function to keyword these images during the streaming was provided on the platform. Therefore we collected words that appeared in our conversations and created a dictionary. 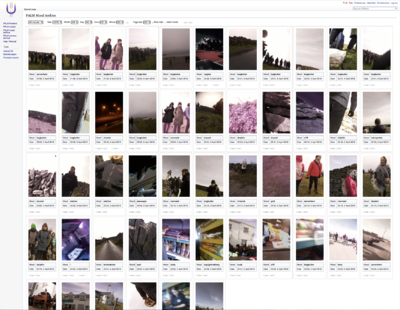 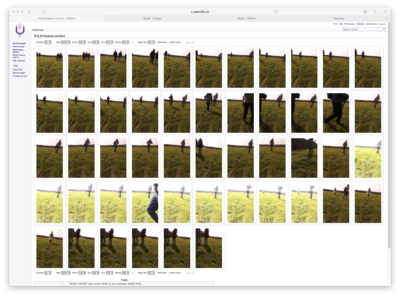 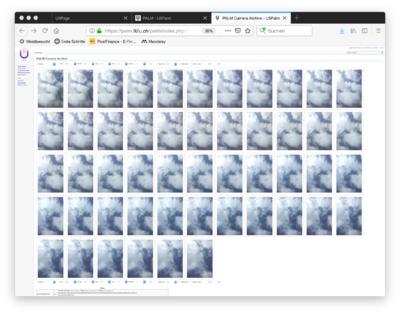 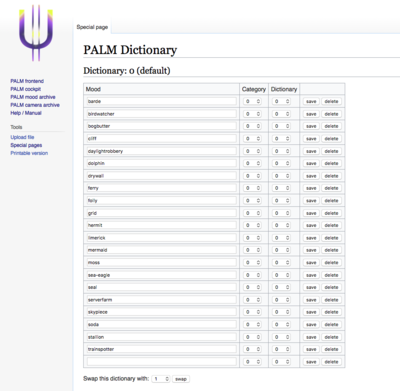 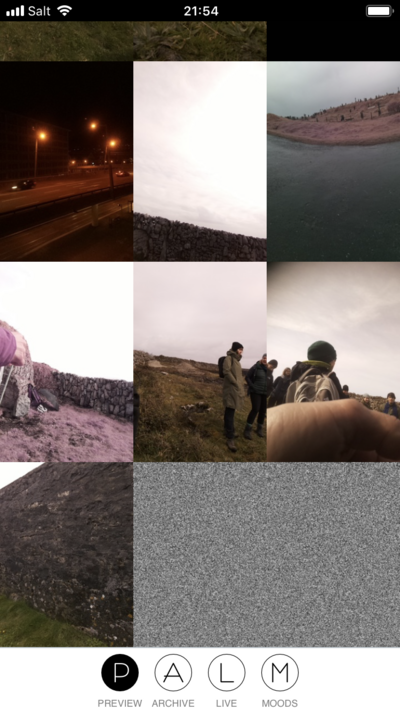